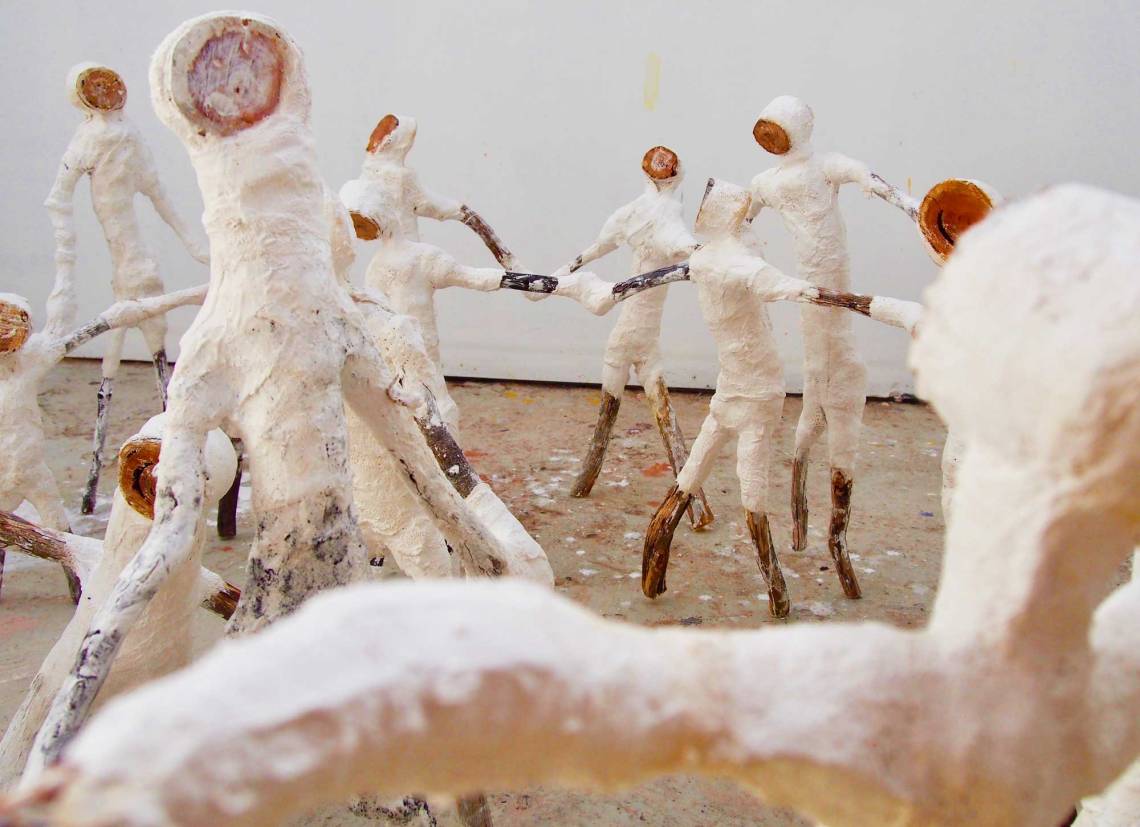 Simon has been busy in the studio developing a new public participation work. Simon and visitors have used wood from the land together with paster bandage to create standing figures. 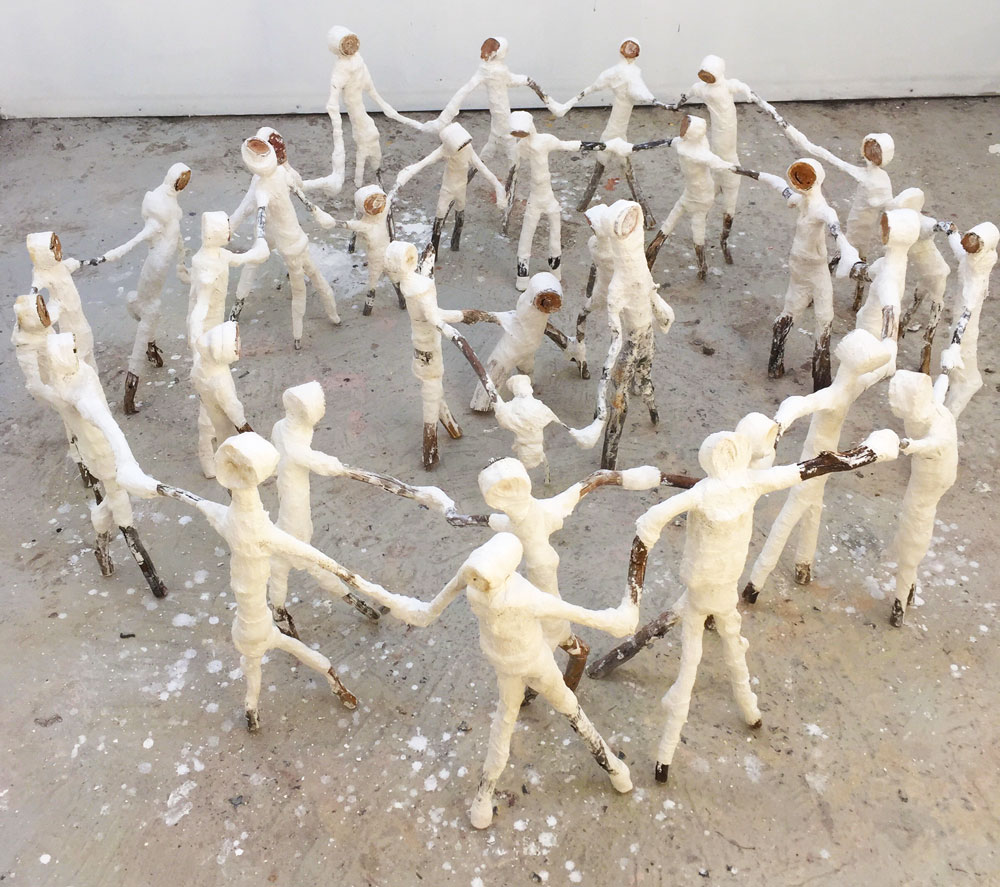 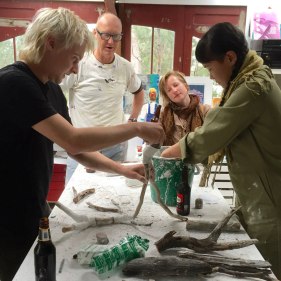 The work invites participants to make a simple androgynous figure from fallen branches by sawing limbs, torso and head and attaching them together with plaster bandage. The completed figures, unable to stand on their own, are joined at the hands to create a gathering.

The process of making a figure can be done individually or in collaboration with another person and takes approximately one hour to construct. The process involves finding the right shaped branches, cutting them with a handsaw and then assembling using wet cut strips of plaster bandage. The plaster sets in minutes allowing plenty of time for careful consideration of the assembly of the separate pieces to create a figure with individual character. The materials themselves help drive the form of the figures. Their ease of construction, and the relation of the materials to their manufacture define the scale of the figures.

This work is focussed on the transformative experience of making fallen limbs into a community of repaired and strong people. It is the participants’ variations that create a gathering of individuals – each unique but each also reflecting the human form. The work is inclusive around a framework Participants gain huge pleasure from making their figures (particularly when making the figures together), and great satisfaction in completing and placing the completed figures with others. There is a special moment of connecting the figures together. 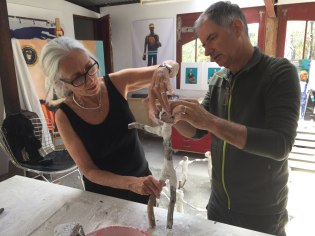 The number of participants is variable. There is a minimum of two and a maximum limited only by access to construction materials. The fallen branches can be sourced from the immediate local environment adding a direct local connection to the work. The final positioning of the figures is also variable – the resulting lines of figures can be assembled as circles (concentric or adjacent), spirals or groupings – this decision is dependent on the presenting space and can be determined by the lead artist or the group.

For the work reflecting 1450 Simon hopes to create a gathering of figures the same in number as the number staying over in the house. In the first year this was over 100 different people – 100 different figures.

View all posts by Simon Spain

How satisfying to decant my first batch of #sauerkraut in a @smallfiresstudio fermentation crock, to eat with #homebaked #sourdough. Oh and I got clearance through on my research ethics!
The Spain-Ryle collection of hand painted Easter eggs, 1996-2011. Added to by visiting friends, documenting news events, travel, holidays and moves across countries and continents. In iso, we will restart the habit that ceased abruptly in 2012. Remembering Scarlet Spain and friends... #easterritual #memoryandloss @far.gone_ @philfaulks @avis_designs @terrygravett @annachristinadollardo @maddiginnivan @rebecca_h_russell @dessie_music @suemccauley @b_ec_a @ingridsidmouth1 @_serne @annamcovoice
So every year Victoria makes hot cross buns, sometimes they are, shall we say, a little dense... but not these 😊! #hotcrossbuns #sourdough #mybestyet #bakinglottery #caniremembertherecipe?
Proofs of the first in-house book for a long long while... #createaustraliasfuture #bykidsforkids #allemotionsallowedhere #goodstartearlylearning
Beauty in surreal times... #viewof1450 #acrossthewater
Be calm, be self sufficient, be happy plate @doryjeany beaker @ridgelinepottery bread @vicryle jam @vicryle latte art #accidental